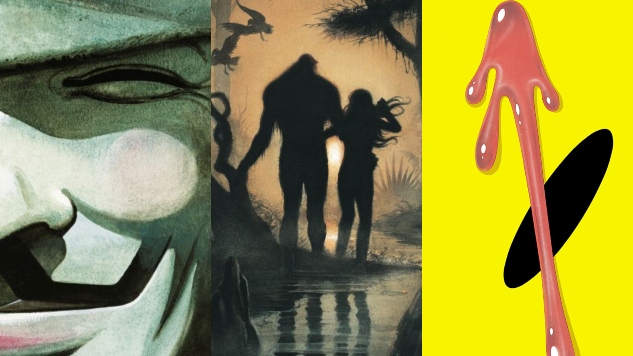 Alan Moore is a British writer and artist who has made a significant impact on the world of comics and graphic novels. Born in 1953 in Northampton, England, Moore initially worked as a freelance illustrator and eventually began writing scripts for various comic book series. He is best known for his work in the 1980s, which included the groundbreaking graphic novels Watchmen, V for Vendetta, and From Hell.

Watchmen, published in 1986, is widely regarded as one of the greatest graphic novels of all time. The story follows a group of retired superheroes as they investigate the murder of one of their own and unearth a conspiracy that threatens the entire world. The book deconstructed the superhero genre and explored themes of power, corruption, and identity in a way that had never been done before. It received widespread critical acclaim and has been adapted into a successful film and a hit HBO series.

V for Vendetta, published in 1988, is a dystopian political thriller that takes place in a future version of Britain ruled by a fascist government. The story follows an anarchist named V, who wears a Guy Fawkes mask and fights against the oppressive regime. The book is known for its political themes and its exploration of anarchism and resistance. It has been adapted into a successful film and continues to be a popular choice among readers and fans of graphic novels.

From Hell, published in 1991, is a historical thriller that explores the Jack the Ripper murders of 1888. The book uses the murders as a backdrop to explore themes of power, corruption, and the role of the media in shaping public perception. The book is known for its meticulous research and its complex, multi-layered plot. It has been adapted into a successful film and continues to be a popular choice among readers and fans of graphic novels.

In addition to these groundbreaking works, Moore has also written numerous other comics and graphic novels, including The League of Extraordinary Gentlemen, Promethea, and The Killing Joke. His work has been praised for its complex storytelling, its attention to detail, and its exploration of deep and thought-provoking themes.

Moore has also made a significant impact outside of the world of comics. He is known for his outspoken views on a variety of issues, including censorship, capitalism, and the role of art in society. He has been involved in various social and political causes and has used his platform to speak out on issues that he believes in.

Despite his many accomplishments, Moore has also faced controversy and criticism throughout his career. He has had a strained relationship with the comics industry and has been vocal about his dislike for the way that his work has been adapted into other media. He has also faced criticism for his views on certain issues, including his support for the 9/11 attacks and his controversial views on women and race.

Despite these controversies, Alan Moore remains a significant figure in the world of comics and graphic novels. His work has inspired and influenced countless other creators and continues to be read and admired by fans around the world. He is a unique and innovative artist who has made a lasting impact on the medium and has helped to push the boundaries of what comics can be.