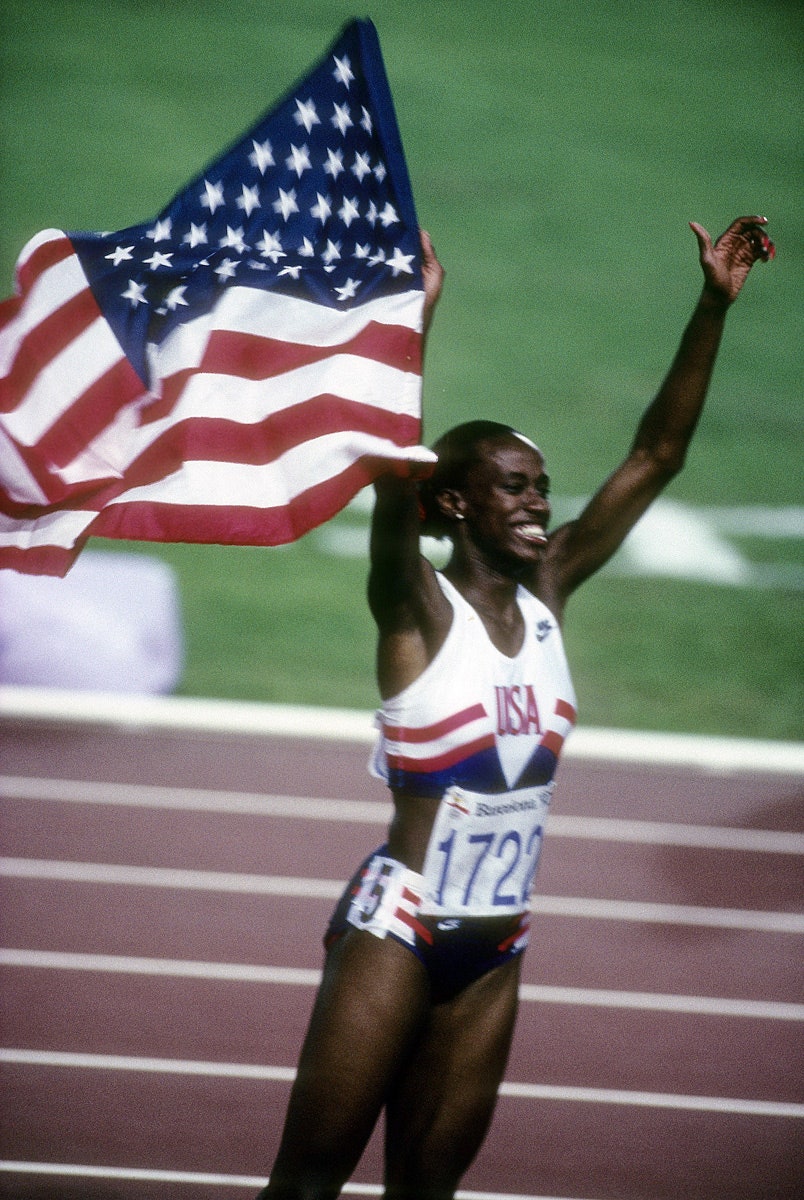 Jackie Joyner-Kersee is a retired American track and field athlete, widely considered one of the greatest female athletes of all time. Born in 1962 in Illinois, she began her athletic career as a high school track and field star and went on to become a dominant force in the sport at the collegiate and international levels.

Joyner-Kersee first made a splash on the international stage at the 1984 Summer Olympics in Los Angeles, where she won a silver medal in the heptathlon. She followed up this performance with an impressive gold medal win in the heptathlon at the 1988 Summer Olympics in Seoul, setting a new world record in the process. She also won two bronze medals in the long jump at the 1988 and 1992 Olympics, making her one of the most decorated female track and field athletes in Olympic history.

Joyner-Kersee was not only a talented athlete, but she was also known for her charitable work and dedication to giving back to her community. She founded the Jackie Joyner-Kersee Foundation to provide education and athletic programs for young people in her hometown of East St. Louis, Illinois. She also worked with numerous other charitable organizations to promote health and wellness, particularly in underserved communities.

Despite her numerous accomplishments, Joyner-Kersee faced many challenges in her career. As a female athlete in the 1980s and 1990s, she faced discrimination and sexist attitudes from both the media and her peers. She was often underestimated and undervalued because of her gender, and she had to work hard to earn the respect of her colleagues.

Despite these challenges, Joyner-Kersee persevered and became one of the most successful and influential female athletes in history. She was inducted into the National Track and Field Hall of Fame in 2004 and the International Women’s Sports Hall of Fame in 2005, and her legacy continues to inspire women in sports today.

In conclusion, Jackie Joyner-Kersee is a retired American track and field athlete who is widely considered one of the greatest female athletes of all time. Her impressive athletic abilities and dedication to charitable work make her a vital figure in the history of women’s athletics.