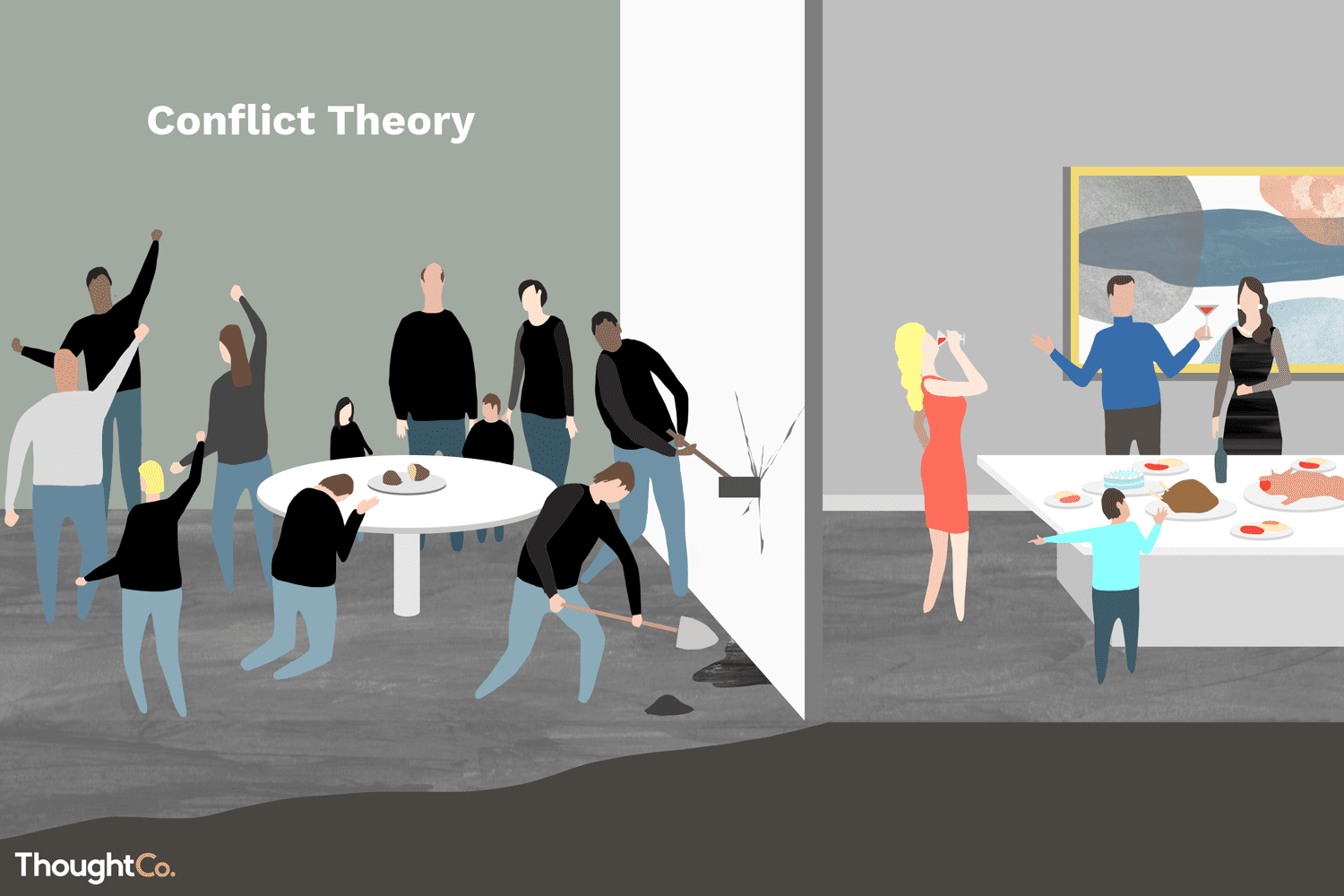 One of the most obvious manifestations of class conflict and inequality is the divide between the wealthy and the poor. The wealthy, who make up a small percentage of the population, control the majority of the resources and wealth, while the poor are left with little access to the same opportunities and resources. This divide often leads to tensions and conflicts between the two groups, as the poor may feel that they are being treated unfairly and that the wealthy are not doing enough to help them.

Another manifestation of class conflict and inequality is the way in which certain groups are marginalized and excluded from society. This can take many forms, from racial and ethnic minorities being denied equal opportunities, to women being paid less than men for the same work. These forms of discrimination and marginalization often lead to feelings of resentment and anger, which can fuel class conflict.

In order to address class conflict and inequalities, it is important to first acknowledge that they exist and to understand the ways in which they manifest in society. This can be done through research and data collection, as well as through listening to the voices of those who are affected by these issues.

One way to address class conflict and inequalities is through policies and programs that aim to redistribute wealth and resources. This can include progressive tax systems, universal healthcare, and affordable housing. These policies can help to level the playing field and ensure that everyone has access to the resources they need to succeed.

Another way to address class conflict and inequalities is through education and awareness-raising campaigns. These campaigns can help to educate people about the ways in which these issues manifest in society, and the ways in which they can be addressed. They can also help to build empathy and understanding between different groups, which can help to reduce tensions and conflicts.

In conclusion, class conflict and inequalities are two of the most pressing issues facing society today. They manifest in many forms, from the divide between the wealthy and the poor, to the marginalization and exclusion of certain groups. To address these issues, it is important to acknowledge that they exist, understand their manifestations, and implement policies and programs that aim to redistribute wealth and resources and increase awareness.